If you would like to help us promote the new album our kind record label will be happy to send you a load of promo postcards to spread around bars, gigs etc. Drop them a line here and dont forget to leave your postal address:- 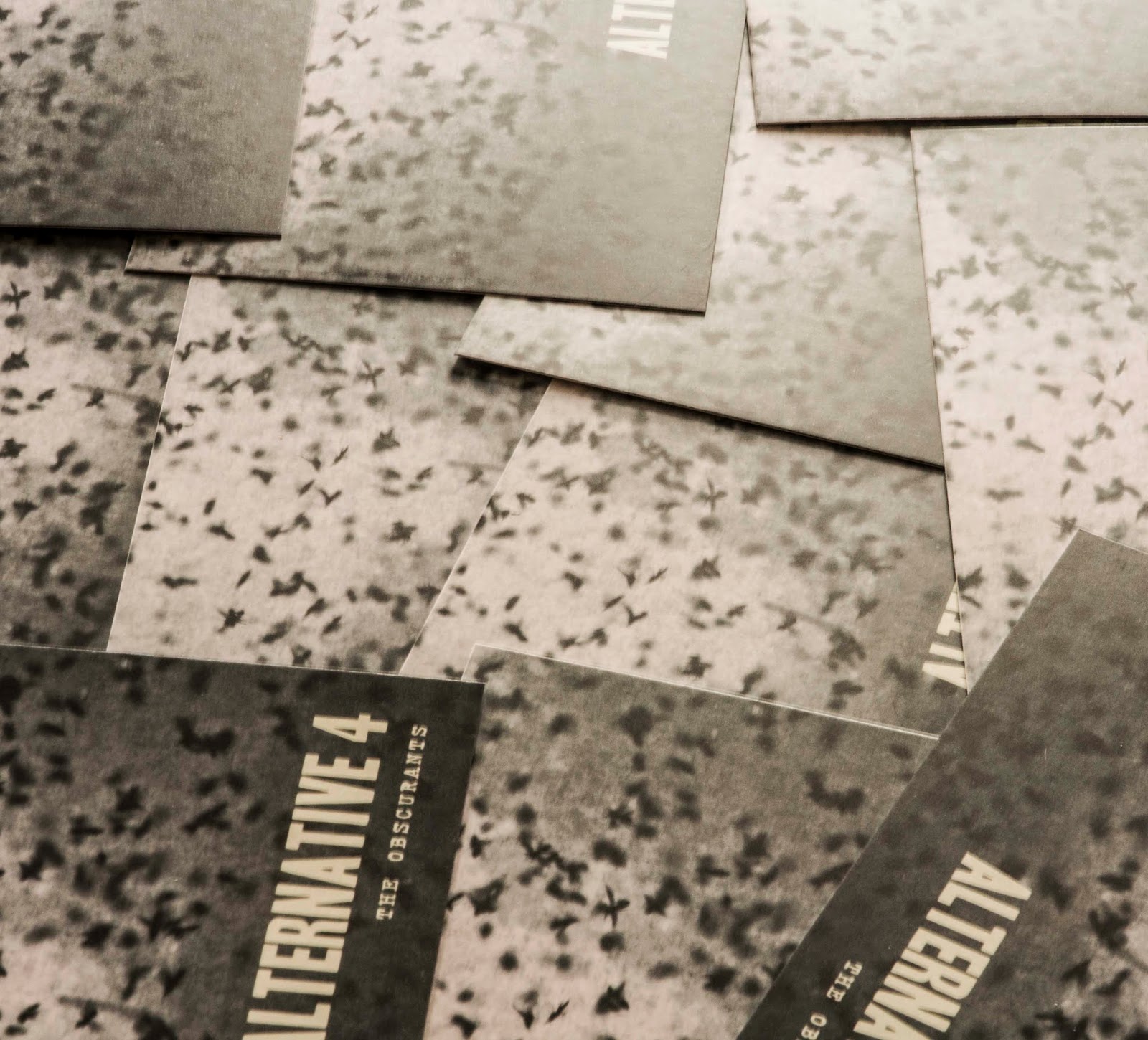 New lyric video for DINA (from The Obscurants album)

The Obscurants now available to order

New album The Obscurants is now available to order here 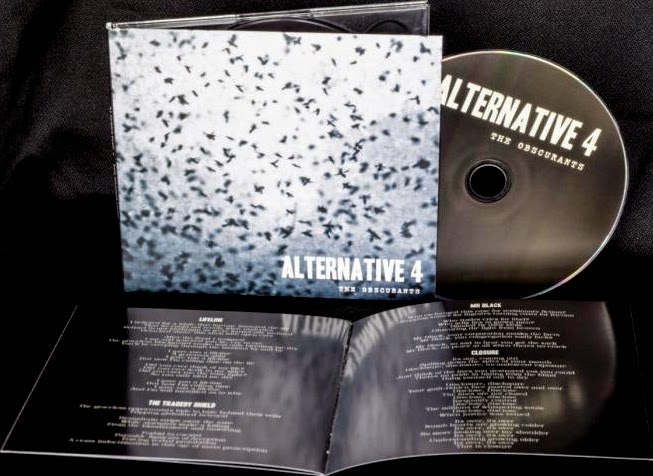 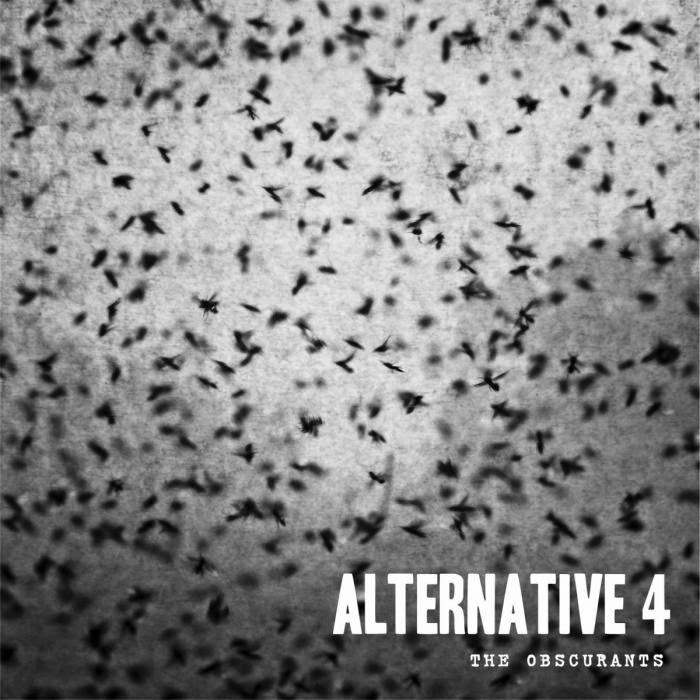 We finally have a release date for the new Alternative 4 album 'The Obscurants'. Click here to pre-order the cd, gatefold vinyl, or book edition. 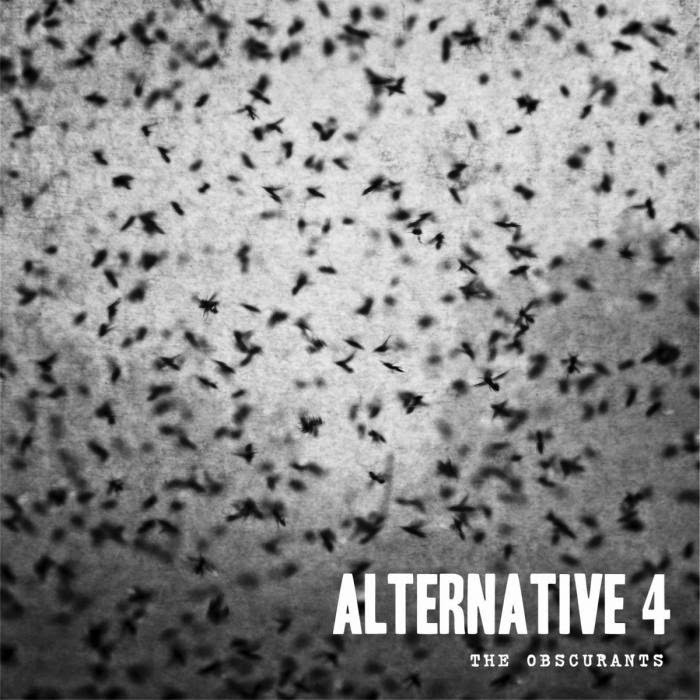 Alternative 4 - The Obscurants
The fight for disclosure and justice

With "The Obscurants", Alternative 4 - the current main sphere of Duncan Patterson (ex Anathema, ex Antimatter) - release their second full-length album and continue the line of enquiry that began with their debut "The Brink" in 2011. Like its predecessor, "The Obscurants" stands out due to Patterson's particular songwriting style, which is occasionally echoing the works of his previous bands, yet it is offering his most mature and sophisticated material to date. The album explores avenues such as soft 1960s tremolo vibes, analogue synths and vocoders, to cranked up distorted guitars, with new lead singer Simon Flatley's crooner-like vocals perfectly completing the album's musical expression. Lyrically "The Obscurants" turns out to be a thought-provoking concept album on the subject of cover ups. Be it the media, police, government, or personal deceptions, it's about the obscuring of the truth and the subsequent fight for disclosure and justice.

The new Alternative 4 album 'The Obscurants' is all finished, mixed, and sounding great. A slight continuation from The Brink, although not as monotonous and morose the subject matter still deals with the abuse of power. Musically it goes off at almost progressive tangents in parts, and new vocalist Simon Flatley has done a stellar job. The album will be release via Prophecy Productions in 2014.

I'm pleased to announce the recruitment of singer/guitarist Simon Flatley to the band. Simon joined up with us for 'The Obscurants' recording sessions last month, making a vital contribution to the shape of the album.
Looking forward to the New Year and an exciting new musical chapter. 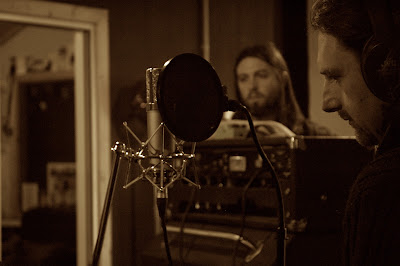